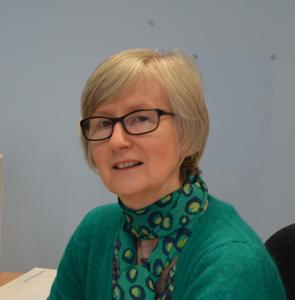 I am a Clinical Neuropsychologist and worked for many years within the NHS and in the past 4 years have worked as an Independent Practitioner.  I have 26 years of experience working in the area of acquired brain injury (ABI) including stroke (20 years at Consultant grade). During this time I have carried out assessments for legal and quasi-legal purposes and have acted as an expert witness at court.
I am an Associate Fellow of the British Psychological Society and a Chartered Clinical Psychologist. I am a full member of the Divisions of Neuropsychology, Clinical Psychology and Health Psychology.  I am also an accredited supervisor for the Qualification in Clinical Neuropsychology and have completed a post graduate course in clinical supervision.

I am an HCPC registered Practitioner Psychologist.

I have experience in providing neuropsychological assessments for the establishment of the capacity of an individual to make decisions about their place of residence and other important aspects of their life. I also have expertise in the assessment of neuro-cognitive function for court or insurance purposes and have acted as an expert witness on many occasions.

I have experience in the differential diagnosis of dementia and of all forms of acquired brain injury.  I am skilled in the therapeutic management of the cognitive and behavioural difficulties arising from reduced or impaired cognitive function including post-concussion symptoms.

I have been working independently since 2015 carrying out neuropsychological assessments of capacity or of fitness to plead; neurocognitive profiling in criminal cases; assessments for the Family Court proceedings; medical negligence cases; and of injuries for accident compensation claims.

I have provided a Clinical Neuropsychology assessment service to a pilot project being run by one NHS Trust for the treatment and rehabilitation of those with Alcohol Related Brain Injury. I am also involved in the provision of a voluntary support group for those with problems arising from alcohol addiction and also for their carers and families.


Past professional history: I originally trained as a Registered Nurse and specialised in Cardiology. In the 1980’s and early 1990’s I retrained in Psychology, completing a BSc (Hons.), a DPhil at The University of Ulster (Coleraine) in Applied Behavioural Analysis and an MSc in Clinical Psychology at The Queen’s University of Belfast (QUB).  In 1997 I became a Full Member of the British Psychological Society’s Division of Neuropsychology.  In 2006 I completed further research to achieve a Doctorate in Clinical Psychology at QUB.

In 1993 I took up my first post in the now Northern Health and Social Care Trust (NHSCT) as a Clinical Psychologist working within the field of Clinical Neuropsychology, gaining experience in the assessment and management of dementia, stroke and traumatic brain injury.  My time was spent equally with adults and older adults in their homes and in hospital settings.

In 2003 I developed specialist multimodal day rehabilitation for ABI using a goal orientated approach. This successfully helped individuals to regain independence and return to activities that they had previously enjoyed. As a result some were able to begin work retraining.

In 2005 I developed the first Early Intervention Service for ABI in Northern Ireland including assessment and management of Mild Traumatic Brain Injury (MTBI).  This service helped to prevent the development of long term post-concussion symptoms which otherwise would have lead in many cases to long term involvement from mental health services.

I was heavily involved in the Ministerial review of ABI services and was instrumental in the development and writing of the Northern Ireland Standards for ABI and also played a role in the development of the Community Adult ABI Pathway.

Since working in the area of stroke in the 1990’s I have maintained a keen interest in the assessment and management of cognitive, behavioural and emotional problems that are caused by this condition.  I have completed research into the psychological issues in recovery from stroke and was involved in the Stroke Steering group for the NHSCT.  In 2013 I developed a small specialist Stroke Psychology Service providing assessment of cognitive, behavioural and emotional problems in the early stages after suffering a stroke.

I have also maintained my interest in cardiology, completing research in the psychological issues following coronary thrombosis and have dealt with a number of people who suffered hypoxic brain injury following cardiac complications.